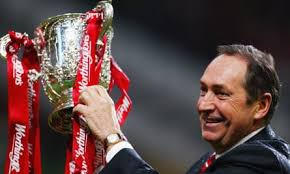 Houllier had undergone heart surgery in Paris before his death
Michael Owen leads tributes to treble-winning manager
Gérard Houllier celebrates after winning the League Cup with Liverpool in 2001.
Gérard Houllier celebrates after winning the League Cup with Liverpool in 2001. Photograph: Phil Cole/Getty Images
Liverpool have paid tribute to former manager Gérard Houllier after his death was confirmed at the age of 73.
RMC sport and sports daily L’Equipe confirmed that he had died after having a heart operation in Paris, with Liverpool issuing a statement in recognition of the manager who led them to the FA Cup, League Cup and Uefa Cup treble in 2000/01.
“We are mourning the passing of our treble-winning manager, Gérard Houllier,” Liverpool said on Twitter. “The thoughts of everyone at Liverpool Football Club are with Gerard’s family and many friends. Rest in peace, Gérard Houllier 1947-2020.”
Gérard Houllier: the man who helped to make Liverpool great again
Read more
Jamie Carragher added: “Absolutely devastated by the news about GérardHoullier, I was in touch with him only last month to arrange him coming to Liverpool. Loved that man to bits, he changed me as a person & as a player & got @LFC back winning trophies. RIP Boss.”

Houllier had had a long history of medical problems and had heart surgery in 2001 after falling ill while managing Liverpool against Leeds United. After a spell back in his homeland with Lyon, Houllier went on to manage Aston Villa for one season before working as a consultant for Red Bull’s football network.

The former Liverpool striker and record goal scorer Ian Rush was among the first to pay tribute. “Devastated at the passing of Gérard Houllier,” he wrote on Twitter. “A true gentleman of the game, always put others first @LFC #RIP.”

Michael Owen, who was part of the Liverpool side that won the treble in 2001 added: “Absolutely heartbroken to hear that my old boss, Gérard Houllier, has sadly passed away. A great manager and a genuinely caring man.”

Phil Thompson served as Houllier’s assistant at Anfield and described his appointment as “one of the greatest moments of my life”.

“Absolutely devastated and heartbroken at the sad news of the passing of Gérard,” he wrote on Twitter. “My mate, my colleague, my boss. One of the greatest moments of my life was when we come together in 1998. Just to be in his company was an absolute treat. So loyal, so passionate and extremely fierce.

Steven Gerrard is the standout player from my whole career
Read more
“So many wonderful times, bringing smiles back to peoples faces. 2001 should never be forgotten. Since we finished, at the end of every conversation we had, I told him I loved him and would always be grateful for him giving a wonderful partnership. RIP Boss.”

A statement from Villa added: “All at Aston Villa are deeply saddened to learn of the passing of Gérard Houllier, our manager during the 2010/11 season. Our thoughts are with Gérard’s loved ones at this incredibly difficult time.” 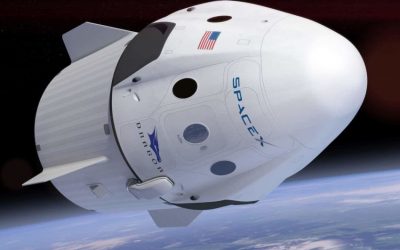 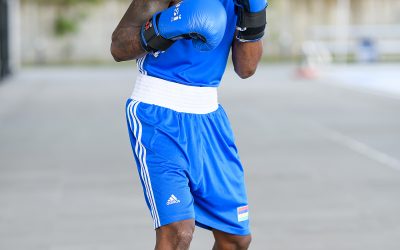 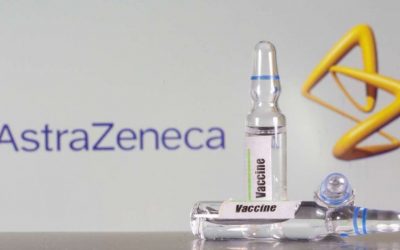 The study says the Oxford AstraZeneca vaccine, a version of which is manufactured as Covishield in India, might offer protection lasting a lifetime. It means the body can... 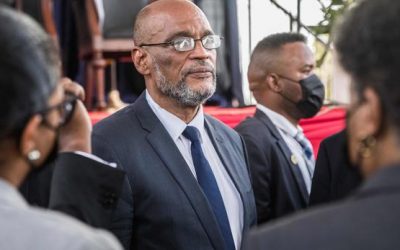 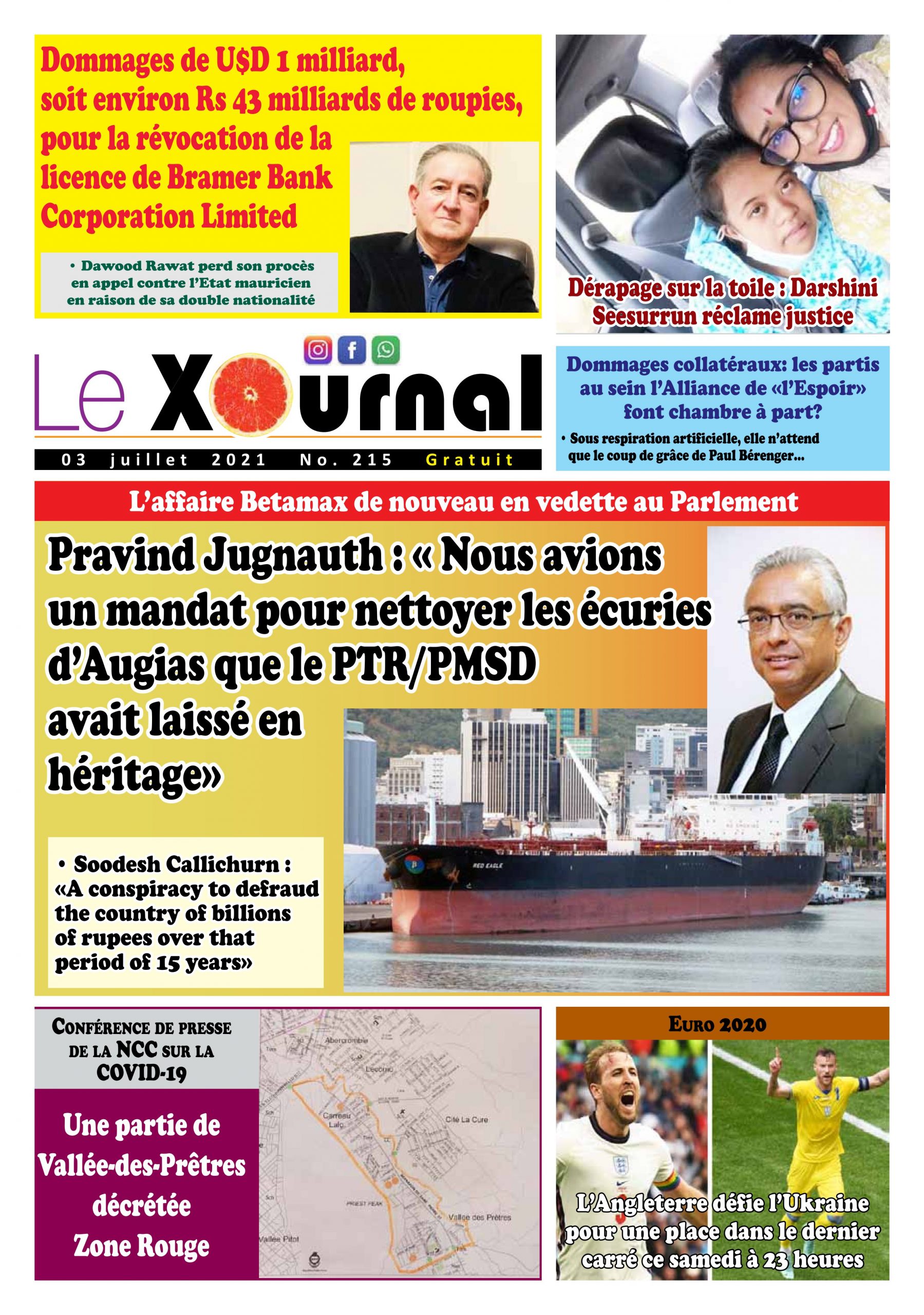 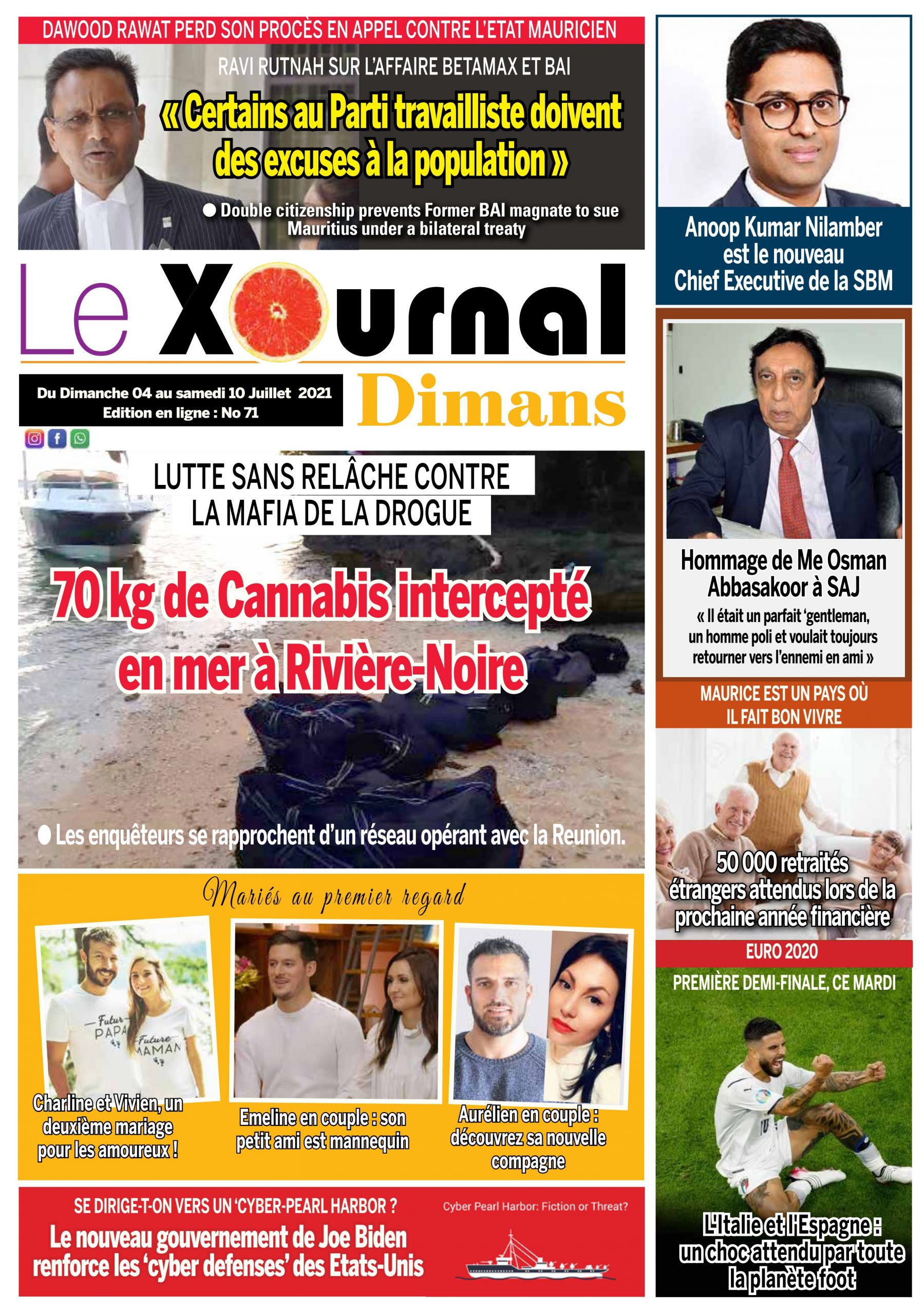